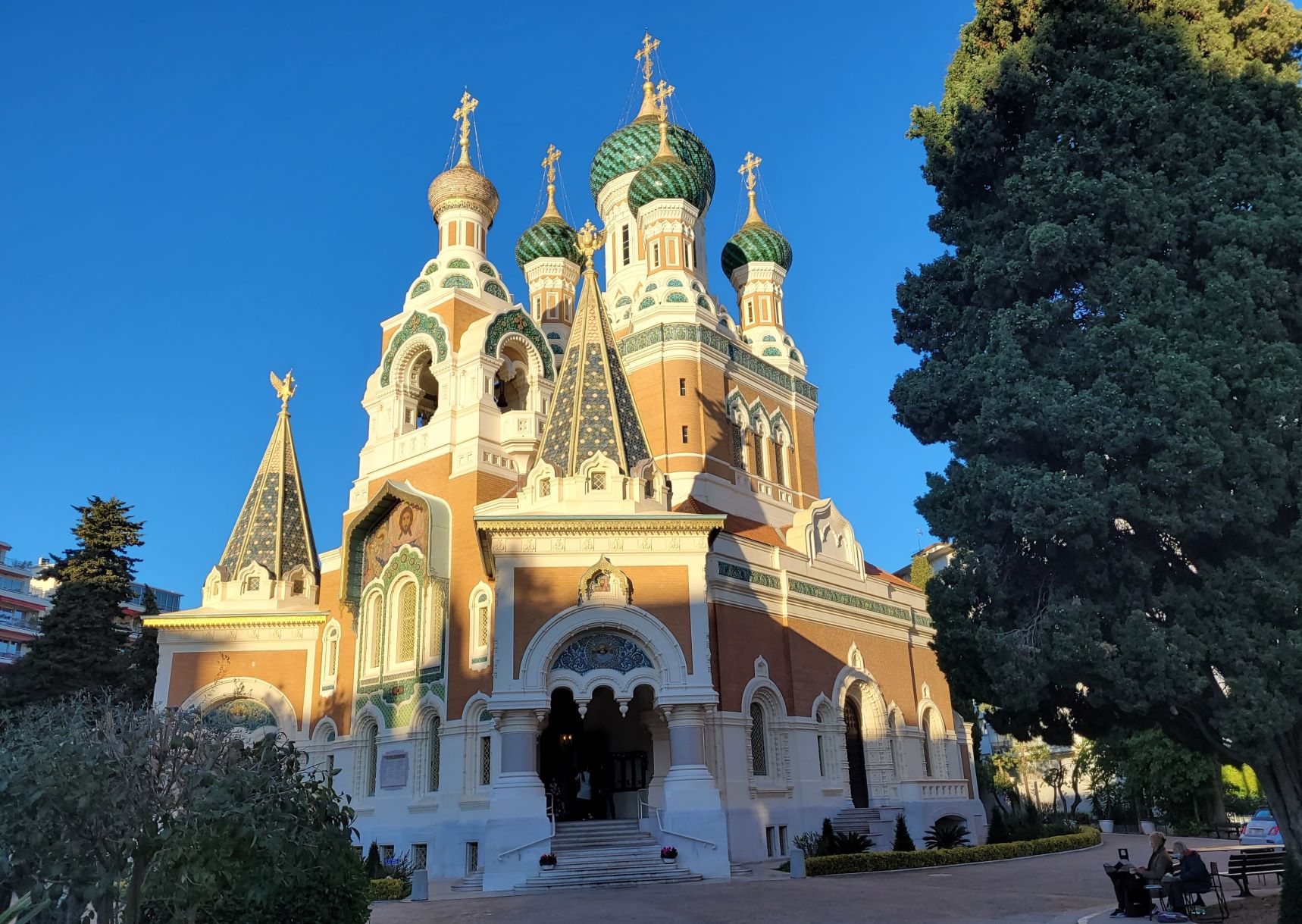 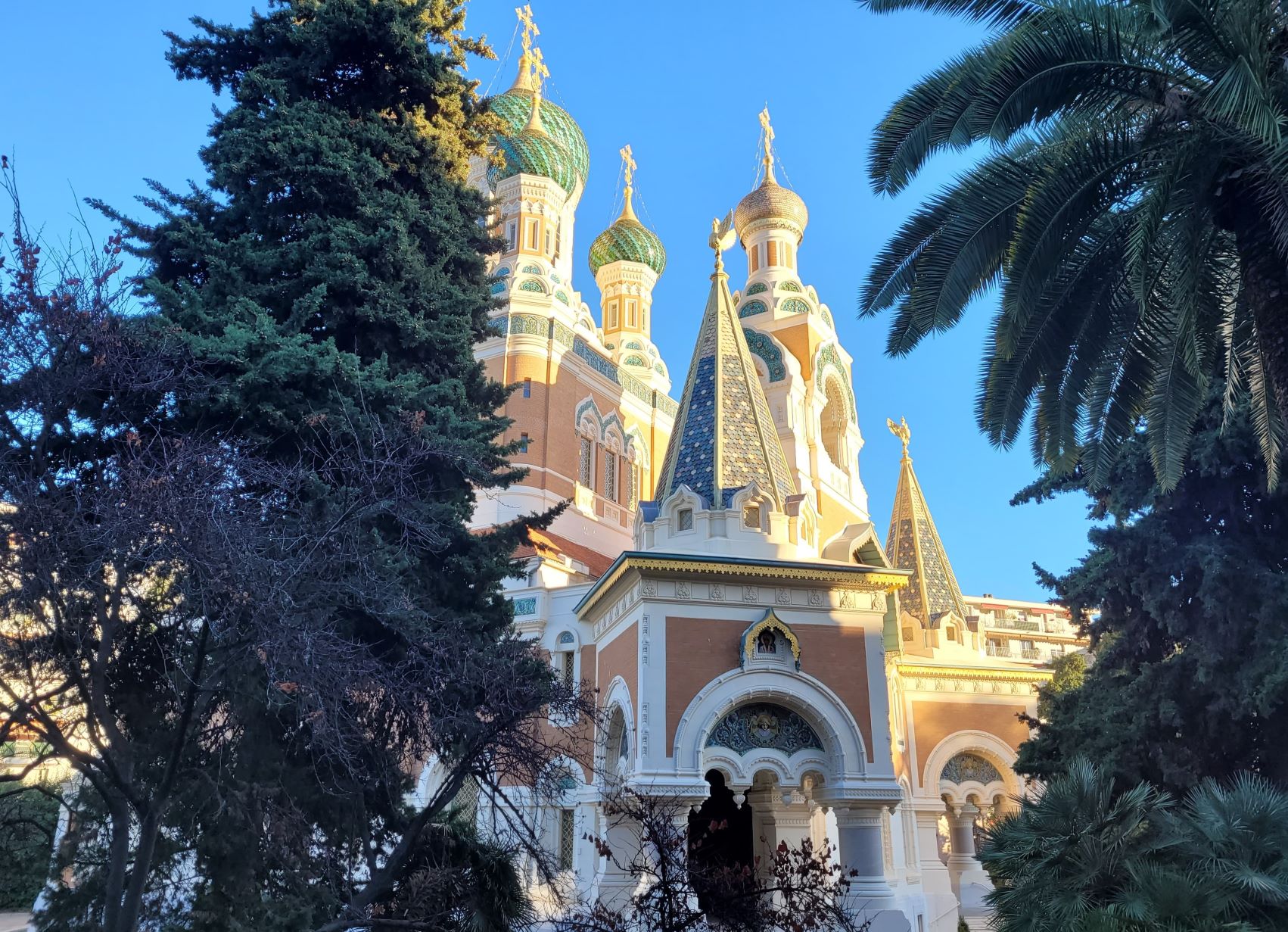 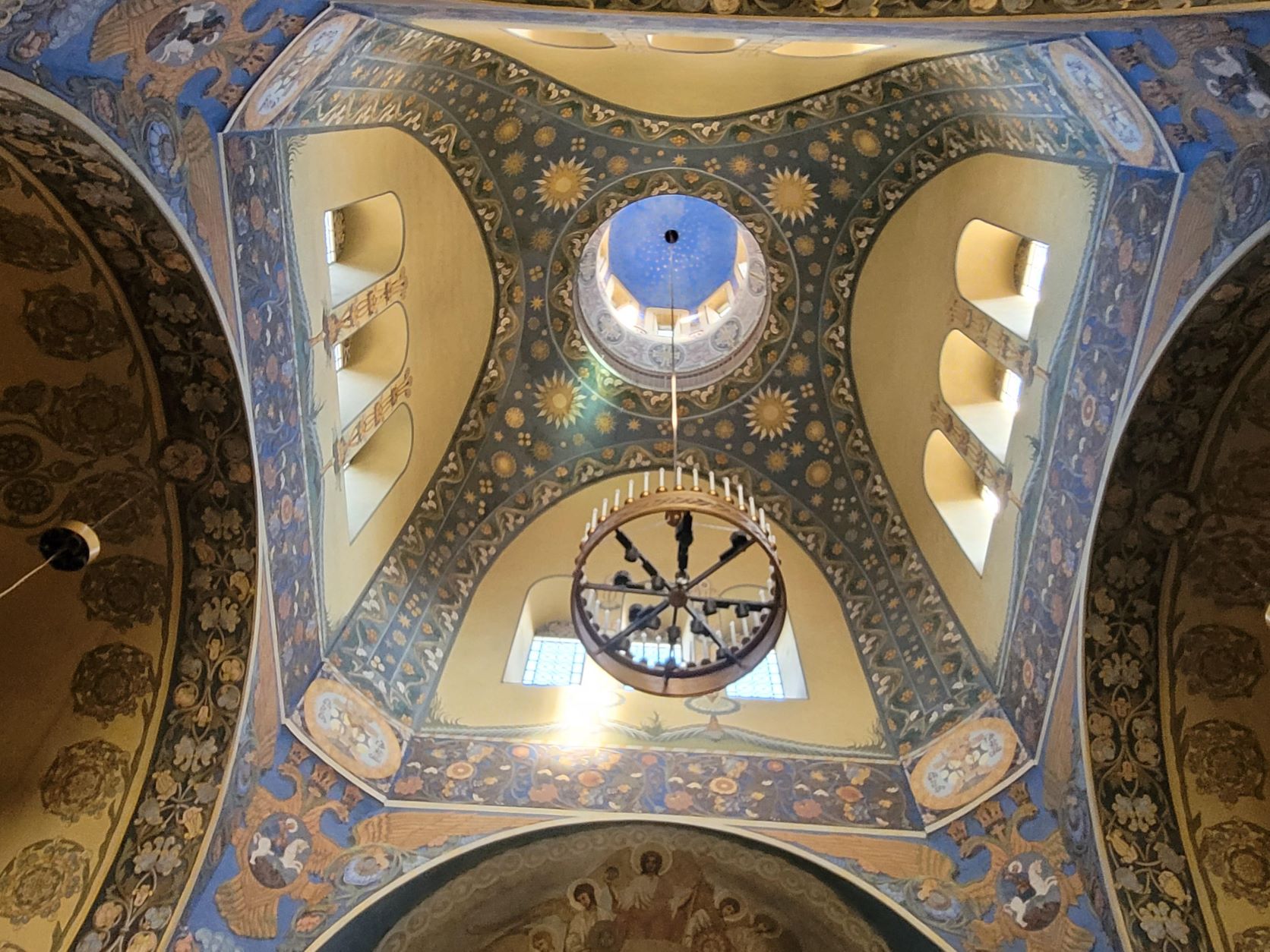 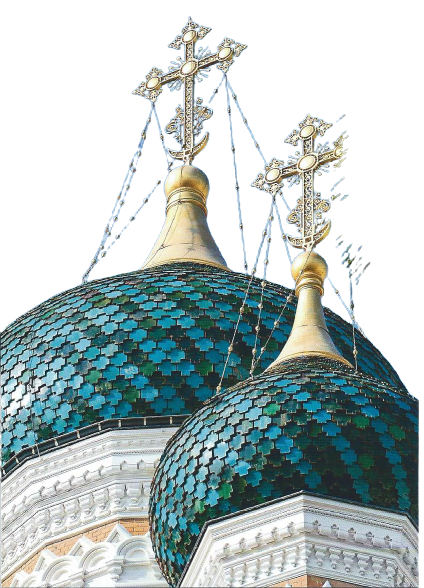 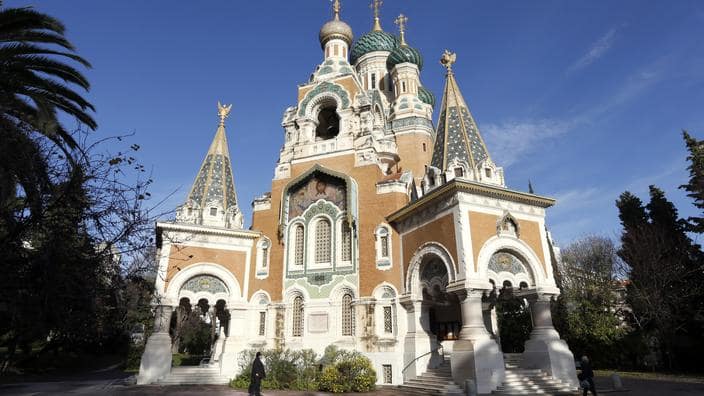 ACRN, a non-profit cultural association governed by the Law of 1901, was created with the aim of :
✓ Bring together in a friendly structure people deeply attached to the image of the Russian Orthodox Cathedral of Saint-Nicolas of Nice as a link and symbol of friendship between France and Russia within the region of Nice;
✓ Constitute a structure of information, communication and action for all that relates to the conservation and enhancement of cathedral Saint Nicholas;
✓ More generally, to promote the knowledge and preservation of the Russian orthodox cultural heritage of Nice and the French Riviera;
✓ Facilitate and strengthen exchanges between citizens of Nice, the Côte d'Azur and elsewhere, whether they are of Russian origin or have family or friendly ties with them, who have demonstrated their attachment to these values;
✓ Contribute even more widely, on a local level, to strengthening the moral and friendly links and cultural exchanges between France and Russia. 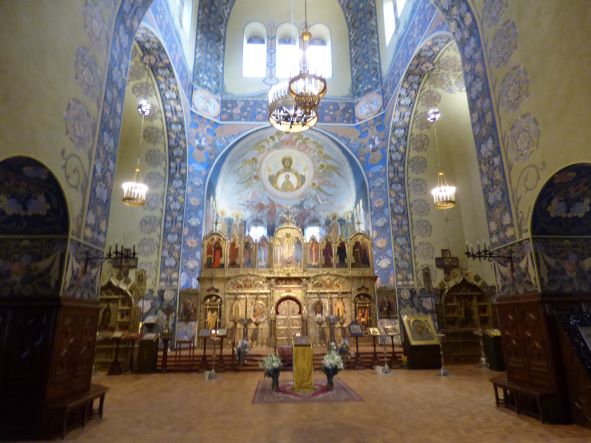 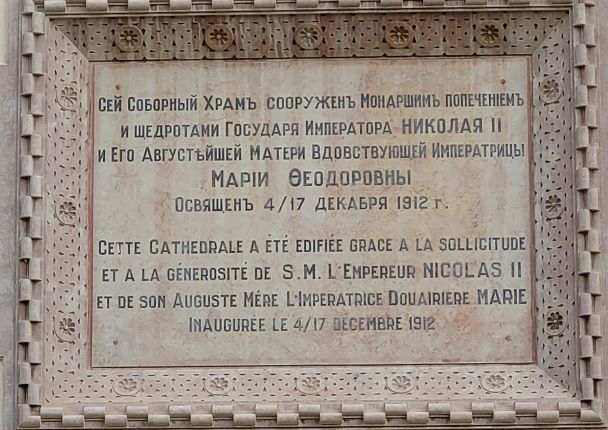 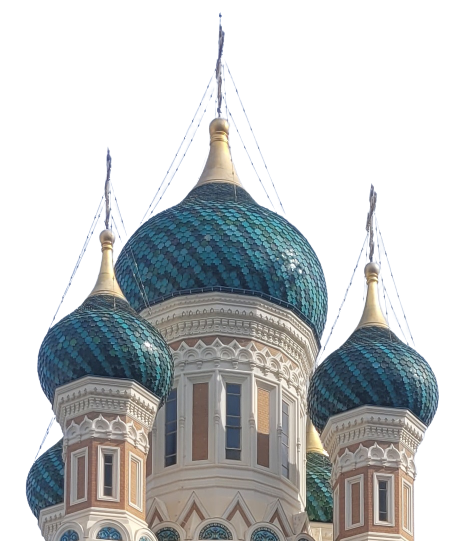 Who owns the Russian cathedral in Nice?


Created on March 10, 2011, ACRN ("Friends of the Russian Cathedral in Nice") has never ceased to convince that the cathedral has been the property of the Russian State since its construction, as our first honorary president, the late H.H. Prince Nicholas of Russia, great-great grandson of Emperor Nicholas I, had stated in person.

Until 2011, the cathedral was part of the Patriarchate of Constantinople, but on 10 April 2013, after a long legal debate, the Russian Federation won three times. In the meantime, the Moscow Patriarchate regained administrative and religious responsibility for the building on 15 December 2011.

Russia and the French Riviera: A long and beautiful love story!


Russia and the Côte d'Azur, what a story of eternal love, of dazzling parties, of relaxing languor…

Empress Alexandra Feodorovna, widow of Emperor Nicholas I, opened the ball in the 1850s, well before the arrival of the English, dragging her country's aristocracy in her wake. The Russian presence, hitherto discreet but already a century old (a Russian consulate had been set up in 1749 by the Empire), then experienced a dazzling boom, swirling to the sound of the lively waltzes played in the light-filled parks. The imperial family arrived and left, and returned again and again.

In 1891, Grand Duke Michel founded the golf course of La Napoule, inspired by the golf course of St Andrews in Scotland, with the exquisite difference that it spreads out its course in the middle of high groves of umbrella pines, to the sound of crickets, leaning against the Mediterranean sea which pierces here and there between the tall trees, with dazzling blue tints.

Grand Russian families continued to flock, and built palaces, follies and gardens, such as the Valrose castle, property of Baron von Derwies, a successful banker and friend of Emperor Alexander II, and the sublime villa of the Kotchoubey princes, which has become the Nice Museum of Fine Arts. Marie Bashkirtseff, young and pretty, paints and writes there her desires and revolts, and the most beautiful moments of the crazy nights in which she drowns herself, to escape the nothingness that finally reaches her, aged twenty-five.

The Côte d'Azur bewitches everyone: on 10 July 1850, Alex Herzen, a revolutionary in exile, sighs: "At last, here I am again, the warm and fragrant city, so calm...".

The Russian churches all throw their golden domes to the peaceful assault of the azure skies: Saint-Nicolas and Saint-Alexandra in Nice, Saint-Michel Archange in Cannes, the presbytery in Menton, the church of all the Saints of the Earth in Antibes, and others whose Sunday chants rival and sublimate the orthodox faith, powerful hearts that celebrate the glory of God.

Russian painters walk their palettes along the beaches and in the countryside, marvelling at the unparalleled light that floods the landscape by day and night. Ivan Aivazovski, a native of Theodosia in Crimea (the Russian Côte d'Azur...), traipsed along on his way to Italy: "Clair de Lune sur Nice" (Moonlight over Nice) freezing forever on canvas the tormented waves that roar and break on the shore of Nice on a silvery night.

The Villefranche harbour, lent to the Russian navy in 1856 (after the Crimean War), shelters the battleships and cruisers of the Imperial Fleet in its deep harbour, surrounded by steep hills. Battles of flowers courteously oppose the French and Russian navies, to the grandiose sound of national anthems.

In Russia, the revolution is approaching in great haste. For everything Russia does is big, and teases excess. The Russian empire is collapsing, in blood.

For many, it means exile, departure without hope of return. And if a number of them, from the very beginning of the 1917 Revolution, headed for the Côte d'Azur, it was because they already knew the way.

The late Prince Nicolas Romanovitch Romanoff, great-great grandson of Emperor Nicolas I and former dean of the Imperial House of Russia, son of Prince Roman Petrovitch Romanoff and Countess Prascovia Dimitrievna Cheremetieff, was born in Cap d'Antibes on 26 September 1922. Although he lived in Rome most of the time, he liked to say that his heart always wandered where he was born, and that his soul remained Russian for eternity.

St Nicholas cathedral in Nice: What a splendour!


Its construction began in 1903, built in memory of Tzarevitch Nikolai Alexandrovitch, son of emperor Alexander II, who died in Nice in 1865, aged twenty. Construction ended in 1912, it took a long time, but in the meantime happened the disastrous Russian-Japanese war. It is a splendour...

The architect who designed and built it was Mikhail Preobrazhensky, the official architect of the Russian Imperial Court. He designed the cathedral on the model of the Russian churches of the late 16th century, while adapting it to the local environment and the techniques of his time.

The building is beautifully topped by its five glazed tile bulbs. The central dome is flanked by four smaller towers according to the rule. A sixth dome, which houses the bell tower, is clad in real gold. The outer walls are decorated with magnificent pink bricks, light grey marble and brightly coloured ceramics.

Following its renovation by the Russian state, which regained ownership in 2013, the cathedral has regained its former imperial splendour: its interior light, the magnificence of its volumes, the richness of its interior ornamentation, its impressive wooden iconostasis covered with bronze and chased copper, gilded with leaf. Its three hundred or so icons, dating from the 16th to the 20th century, some of which are historical and unique in the world.